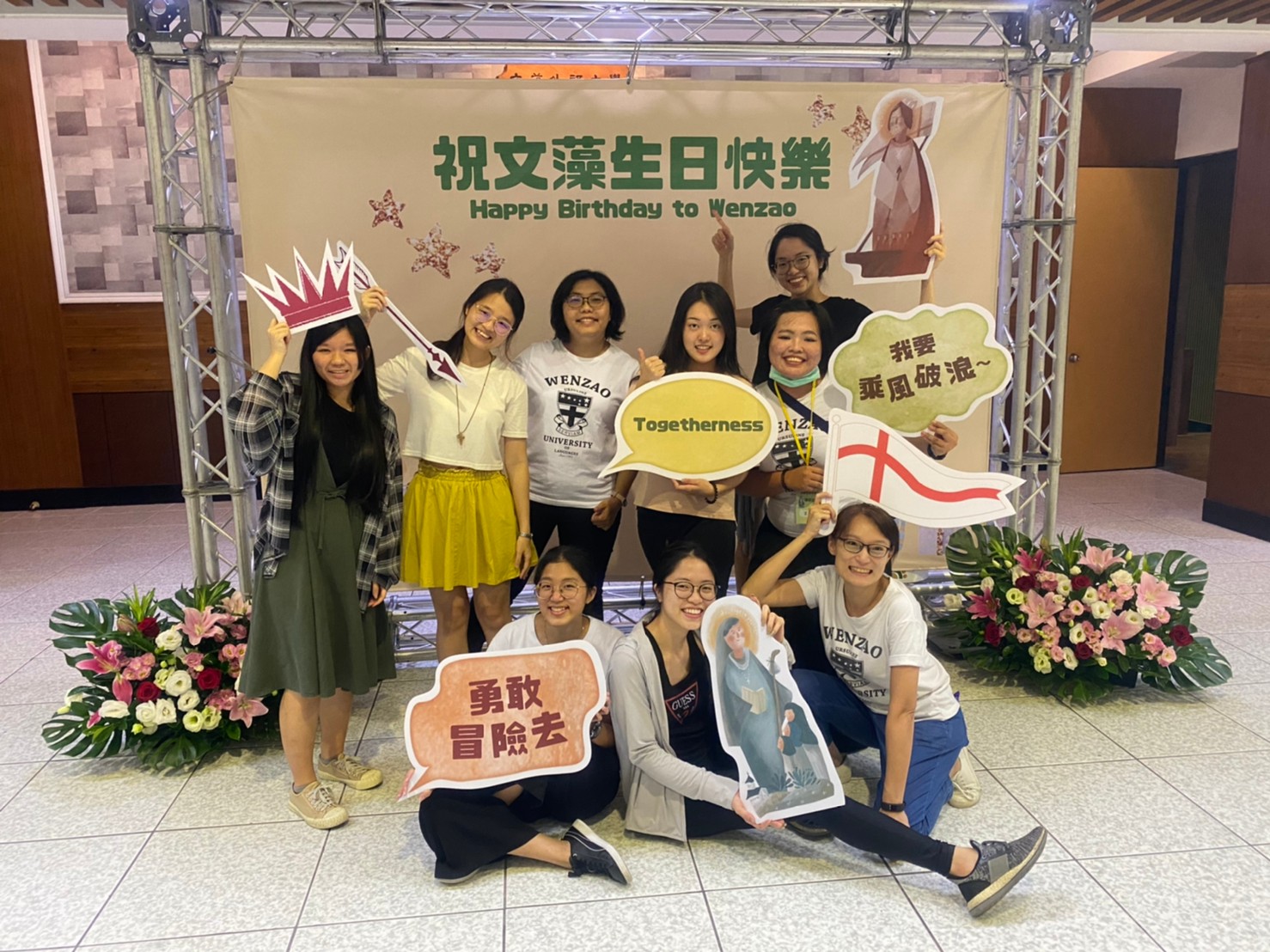 This year’s school celebration Thanksgiving Mass was officiated by Father Li Hanmin of the Dominican Church. The ceremony was grand and warm. Sisters Wang Xiaofeng, Sister Mai Lei, Sister Chen Anqi, and Sister Wang Caichu of the St. Wu Sule Club were all present to wish Wen Zao a happy birthday. They have Some have participated in the founding of the school, some have served as principals, some are foreign missionaries who have crossed the oceans and have been naturalized, and some have served as nuns who have served as the global president of the St. Wusule Society. Principal Chen Meihua also led the first and second-level supervisors to attend the meeting. The teachers and students, alumni, and old friends of the school gathered together, and the atmosphere was particularly joyful.

Nearly 20 alumni from the first and fourth sessions rushed back to their alma mater to participate in the celebration. The spirit of St. Wu Sule lies in dedicated service, full of courage and perseverance, respect for personal dignity, and uphold the justice of the gospel. With this spirit, St. Angie founded the St. Wu Sule Society, which has been passed on for nearly 500 years. The education work continues to be implemented in the teaching and growth process of every student in Wenzao.

After the celebration mass, a Thanksgiving tea party was held in the Huayutang hall. Principal Chen Meihua and Father Li Hanmin cut the celebration cake together. In a joyous atmosphere, the nuns, faculty and students, and alumni happily shared the stories and stories they experienced in Wenzao campus. beautiful memories. Principal Chen expressed in his speech that Wenzao for the 54th anniversary of its founding can still stand in southern Taiwan and enjoys a great reputation. It is necessary to be grateful for the joint efforts of nuns, board of directors, past principals, faculty, students , and alumni, and cooperate with God to promote and commit to the creation of Wenzao. With growth, I hope that in the next century and a half, Wenzao can still keep pace with the times and become Taiwan’s leading language institution.

Father Li Hanmin of the Daoming Catholic Church celebrated the mass with a grand and warm scene.