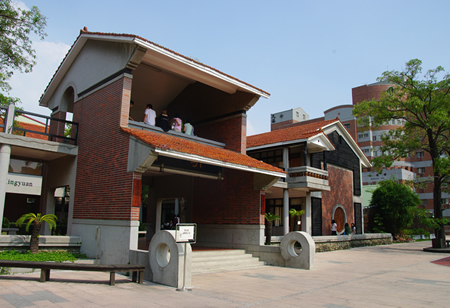 College of European and Asian Languages

Welcome to College of European and Asian Languages

The College aims at cultivating professionals with a mastery of two foreign languages and expertise in related industries. The College consists of the Department of French, Department of German, Department of Spanish and Department of Japanese. The European (EU) Center has been affliated to the College, which creates synergistic effects by further integrating the resources. After Wenzao was reinstituted as a university, the College continues to expand in number and scale of its industry-government-academia cooperation and seeks more internship opportunities for students to be connected to workplace environments prior to graduation.

Europe and Asia are viewed as geographically linked, the biggest contiguous land mass in the world, with extensive development in regard to history and culture. On these two continents, different ethnic groups develop their own economic, political and cultural aspects in Europe, West Asia, South Asia, Southeast Asia, and Northeast Asia. The long-standing tradition of European philosophy, Christianity, literature, economics and arts requires language and cultural experts dedicating themselves to the communications between the East and the West, to introduce and promote their unique characteristics.

Since its establishment, Wenzao has focused on the learning of French, German and Spanish. It later added Japanese and Korean language courses. In recent years, due to the rise of China, and the Four Asian Tigers, Asia has become an important place in the world. Understanding the significance of promoting Asian languages, Wenzao also provides the Department of Southeast Asian Studies and Master’s Degree Programm on Southeast Asian Studies that cover cultural and educational aspects of Asia.

The College of European and Asian Languages encompasses both the cultural traditions related to the European languages, and the potentiality of the Asian languages.

The College of European and Asian Languages is the only college in Taiwan that cultivates students to understand two foreign languages and inter-disciplinary knowledge. The College comprises four departments, one graduate institute, one EU centre, one teaching center, and two master programmes. Every department of the college offers a core curriculum related to foreign languages. The establishment of the Department of Southeast Asian Studies and Master’s Degree Programm help the College to train international talents with multi-lingual abilities. To foster the inter-disciplinary students’ foreign languages abilities and professional knowledge, the College also offers different programmes in both general and professional aspects in collaboration with the College of English and International Studies, College of Cultural and Educational Innovation, and College of Holistic Education. By integrating the resources of different departments through EU Centre and Southeast Asian Languages Teaching Centre, the College is able to offer students internship opportunities in the industrial circle, thus increasing their competitiveness in the job market. Their internship experiences will help the College to adjust the curriculum to match the needs of various industries.