0 Items
Back to Wenzao / Alumni / About Alumni Center 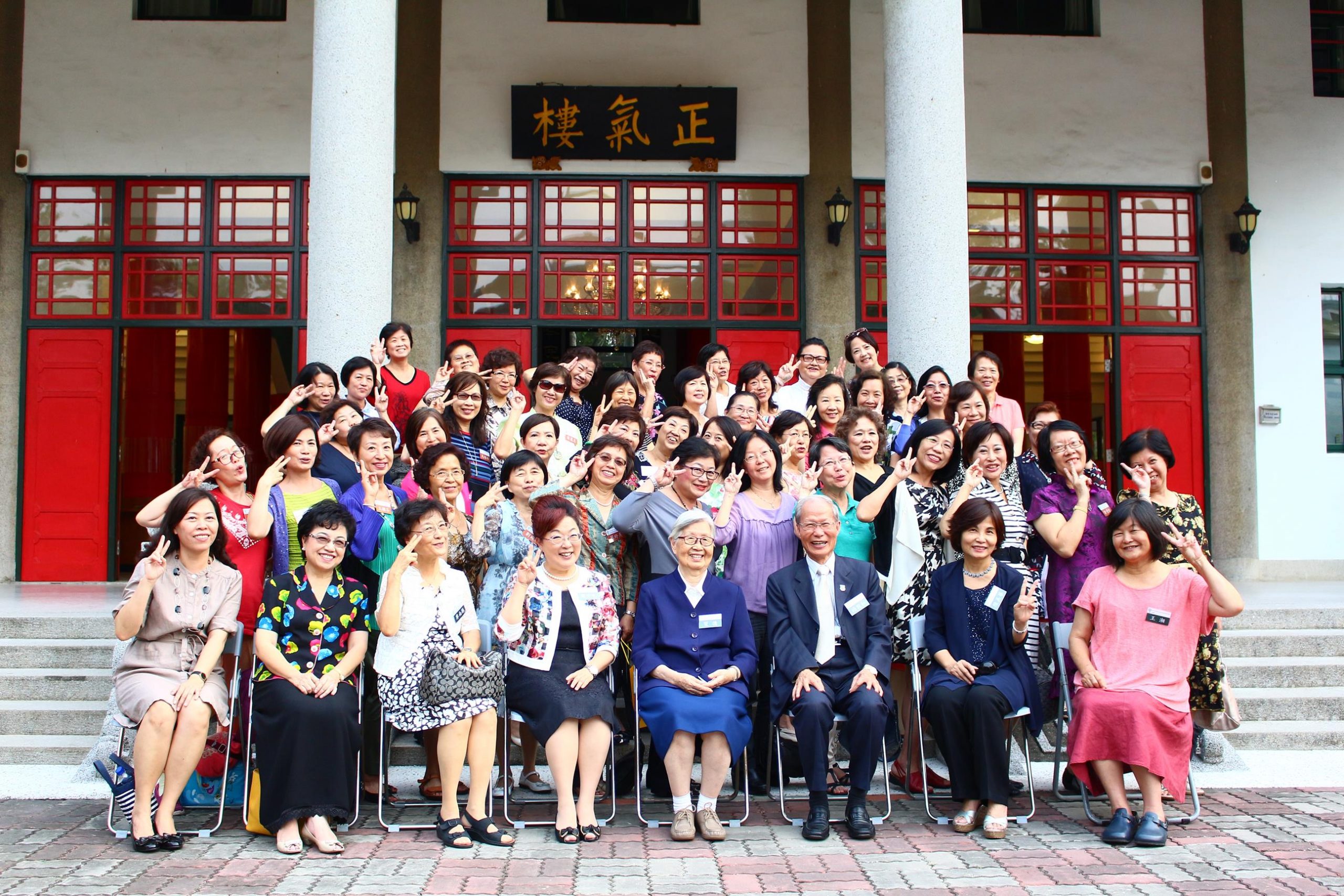 Up to now, there have already been more than 20 thousand alumni all over the world since Wenzao Ursuline University of Languages was founded. The alumni associations are established in northern, central and southern regions of Taiwan. Also, there are many alumni in China, Hong Kong, Japan, Singapore, Malaysia, America, Canada, Central and South America, New Zealand, Australia and Europe. Our Alumni Center was founded in 1998 and has become the platform for information exchange, communication and interaction between the school and its alumni.

The passion of alumni helps the school to make progresses. In order to enhance the multi-dimensional interactions between alumni and the school, the Alumni Center not only holds an event annually, “Return to Your Old School”, but also visits alumni in various industries actively. The Center often invites alumni from all sectors of the community to return to school and give speeches or have symposiums. Moreover, the center cooperates with each department periodically to investigate the career-paths of graduates and holds “Outstanding Alumni Tryout” to choose the excellent alumni in various fields to set role models for all Wenzaorians.

Wenzao alumni have outstanding performance in various fields and industries, such as languages, translation and interpretation, education, culture, politics, foreign affairs, finance, trade, mass media, marketing, tourism and hospitality. The Center will focus more on promoting the opportunities of industry-academic cooperation between alumni and the school, strengthen the network between the Association and its branches and facilitate the gathering and interactions of alumni in different industries.

Article I. Purpose: The Guidelines Governing the Selection of Outstanding and Honorary Alumni of Wenzao Ursuline University of Languages (hereinafter referred to as the Guidelines) were formulated to encourage alumni to care for their alma mater, be enthusiastic about charitable activities, and make specific contributions to their society/country, in order to set an example for alumni and carry forward the spirit of the University.

Article II. Time of commendations awarded: Once a year to award recipients in a public ceremony

All the alumni of the University are eligible candidates.

I. Outstanding alumni: Those who graduated from various programs of the University

II. Honorary alumni: Those who had studied or had completed studies in various programs of the University

Alumni of the University who meet any of the following criteria and set an example for their juniors will be recommended for commendations.

I. “Academic achievement”: Those whose academic research has received specific distinction awards

III. “Public services”: Those who have made outstanding contributions to their jobs in the public sector or social/charitable activities to bring benefits to society

IV. “Arts, culture, and sport”: Those who are recognized for outstanding performance in arts, culture, or sports

V. “Ethical role model”: Those whose ethical behavior, reputation, moral behavior, or other good deeds set an example for others

I. To be recommended by Wenzao’s Alumni Center branches

II. To be recommended by alumni: A recommendation will be accepted when 10 or more alumni sign a petition.

III. To be recommended by a college, department (graduate institute), or center of the University

IV. To be recommended by the head of an organization where a candidate works

Article VII. Review method: The Outstanding and Honorary Alumni Committee consisting of 9 to 11 members will be formed, including vice presidents, college deans, and outstanding alumni appointed by the President. The President will serve as the Chairman.

Article VIII. Number of recipients: In principle, 1 to 6 every year, regardless of category; commendations may be rescinded as needed.

Article IX. Those who have been selected as outstanding or honorary alumni of the University will be commended by the President in a public ceremony and awarded medals, in order to encourage them; their good deeds will be published in the University’s publications.

Article XI. The Guidelines become effective after being approved at the Executive Meeting and submitted to the President for ratification. Amendments must follow the same procedure.

How can I join the Wenzao Goodwill Ambassadors?

The Wenzao Goodwill Ambassadors was founded to provide assistance in receiving important guests, arranging media interviews, and performing administration tasks of the PR Office. At the beginning of each semester, members are decided through an open selection process, which is announced on the university website. Each member must participate in group training, which helps them acquire fundamental knowledge necessary for receiving guests, writing news articles, and managing administration tasks. Accordingly, excellent members are cultivated to fulfill the intended objectives.

How many alumni does Wenzao currently have? I would like to know more about alumni’s career development.

Currently, the University has approximately 30,000 alumni, who continue to pursue their career development worldwide. Please refer to Wenzao 101, which compiles interviews with 101 outstanding alumni who serve as exemplars of students (note: Wenzao 101 can be leased from the library or purchased at Cave Books).

Why does the University raise education funds?

Wenzao was established by the sisters of the Roman Union of the Order of St. Ursula. For the past 50 years, the University has endeavored to provide education in foreign languages, and the tuition fees have been used to purchase teaching equipment and improve the campus environment. To enhance the university environment and expand venues for student activities, the University has progressively constructed new buildings on campus. The purpose of education fundraising is to seek financial support for maintaining the University’s operation.

How do I donate to the University?

Please use one of the following methods to donate:
1. Credit card:
Please receive a credit card donation authorization form from the PR Office, or download the form from the university website (http://c011.wzu.edu.tw/category/145693). Submit the completed form in person or fax it to the PR Office (07-3101013). Please confirm your submission with the PR Office via phone after faxing the form (07-3426031 ext. 1604).

3. Check:
Please indicate the payee’s title as Wenzao Ursuline University of Languages, cross the instrument using two parallel lines, and indicate on the instrument that it is nonnegotiable. The check may be delivered in person or through registered mail to the Cashier Section of Wenzao Ursuline University of Languages at No.900, Minzu 1st Rd., Sanmin Dist., Kaohsiung City 80793, Taiwan (R.O.C.). Please indicate the phrase “Education Fund Donation” and your name, address, phone number, and title (e.g., alumnus, parent, student, or others) on the envelope. You may also contact the University and have a staff member visit you to collect the donation.

4. Cash:
Please send cash donation to the Cashier Section of the Office of General Affairs in person, or contact the University and have a staff member visit you to collect the donation.

Is my donation tax-deductible?

All donators will receive an official receipt from the University. When declaring the individual income tax, the receipt may be used for tax deduction as per Articles 17 and 36 of the Income Tax Act. In addition, the donation may be listed as an expenditure or loss of a profit-seeking enterprise for tax deduction.